Sister Mary Parks of the Leadership Team shares her reflections on Sister Nancy Hupert, who has been a member of the Jefferson Hospital community since 1992. 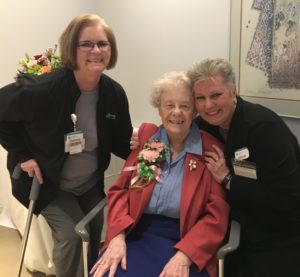 I visited Sister Nancy Hupert at Jefferson Hospital several years ago and she took me on a tour of the institution that we, Sisters of St. Joseph, have considered one of our legacies. Sister Nancy greeted every single employee and volunteer by name. She asked about their children, aging parents, ailing friends and relatives. She knew them and they clearly loved her.

On January 23, Sister Nancy formally retired from her position as Vice President at the hospital. I attended the reception and again found myself amazed. From 2:30 until after 5:00 p.m., a steady stream of nurses, doctors, aides, administrators, volunteers and others responsible for the wellbeing of patients in one way or the other came to say goodbye. There were smiles and tears and hugs and many “I love you’s” – spoken and unspoken. It was a privilege to witness the strength of relationship that Sister Nancy had developed during her 26-year tenure at Jefferson. 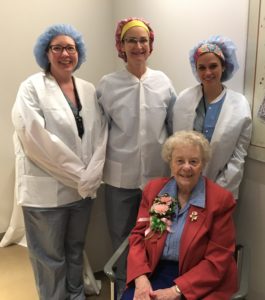 Our history with the hospital goes back to the early 20th century. In a brick homestead on East Carson Street, St. Joseph Hospital and its School of Nursing were established in September 1904 to respond to the critical health care needs in this blue-collar industrial city and to provide a steady flow of trained nurses. The Sisters of St. Joseph accepted the request to serve as members of the corporation and operate the hospital and school.

By 1911, a new 130-bed hospital was constructed to replace the house that had served as a 24-bed hospital. Further growth to meet the increasing needs of the community resulted in a 1943 addition, which doubled the patient capacity, and in a 1954 school of nursing building was added.

With the 1960s came changes with the population and the delivery of healthcare and a reevaluation was needed. After extensive planning, the decision was made to consolidate St. Joseph Hospital and Homestead Hospital and in November 1973, documents for the merger were signed, establishing the South Hills Health System. The result was the construction of Jefferson Regional Medical Center, which was completed in 1977. The sisters then transferred their ministry from St. Joseph Hospital to Jefferson. 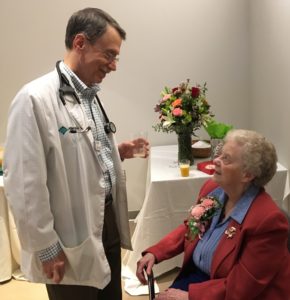 As we prepared for Sister Nancy’s retirement reception, she asked that I not think of this as a sad event. She wanted me to know that she feels our mission remains important to the vast majority of the people who work at the hospital. These were the thoughts we shared that day:

“The most important part of our message is that you carry on the mission. You do it almost automatically. You share our same mission DNA – care of our dear neighbor without distinction. That means you care for those who need you without exception. All are welcome. All are worthy.”

Reflecting on the day, Sister Nancy said, “Developing relationships over the years has been truly a gift, and my presence at Jefferson has been a privilege. It was an honor to encourage and motivate employees to extend quality and compassionate care. I thank God every day for this privilege and for all whom I have met at Jefferson.”