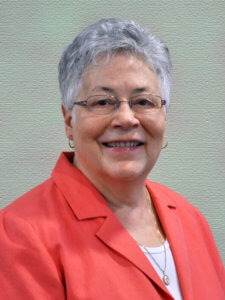 Sister Anna Marie Gaglia recently was appointed Victim Assistance Coordinator for the Diocese of Pittsburgh as part of the diocese’s new Secretariat for the Protection of Children, Youth and Vulnerable Adults.

“I really welcome the opportunity to serve in what I think is a critical time for the church as it pursues a ‘healing mission’,” said Sister Anna Marie, who has worked as a therapist and counselor.

Sister Anna Marie served eight years as principal at Holy Sepulcher through the 2017-18 school year, and served another year as consultant for the school. In addition to multiple high school and elementary principal positions, Sister Anna Marie served in Leadership for the Congregation from 1988-2003. In 2001, she was instrumental in establishing the Sisters of St. Joseph Peace Camp, which encouraged youth – from kindergarten children to college students – to learn and practice nonviolent principles.

Sister Anna Marie brings a wealth of education and experience to her new Diocesan position. She has a B.A. degree in secondary education from Carlow University, an M.A degree in counselor education from the University of Pittsburgh, and certification in International Organization & Systems Development from the Gestalt Institute of Cleveland. She has served as a therapist and counselor at the Irene Stacy Community Mental Health Center in Butler, an instructor at St. Fidelis Seminary in Pittsburgh, and as an organizational consultant and facilitator for numerous religious and non-profit agencies.

Sister Anna Marie says she was inspired in all of varied ministries by her parents, who modeled “simple and generous acts of service,” and by her Congregation who lives the charism of union with God and all people.

“My parents’ way of live was a value that they lived through union with each other and all their children, extended family and neighbors,” Sister Anna Marie says. In the 1980s, she expanded her “family” by creating a safe and loving environment for two homeless Nicaraguan teenagers, who are now her “adopted” daughters and grandchildren.