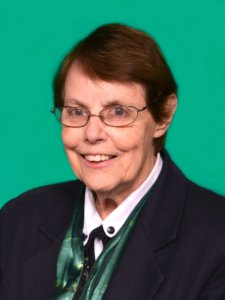 Sister Barbara Ann served 20 years in education at nine schools in the Dioceses of Pittsburgh, Greensburg, Altoona-Johnstown, and Columbus, OH. Among the schools where she taught are St. Bernard in Pittsburgh (1968-71), St. Bernard in Indiana, PA (1971-77), and Mount Gallitzin Academy in Baden (1977-80). She also served as principal at St. Patrick in Johnstown (1979-82) and Our Lady of Perpetual Help in Patton, PA (1982-84).

Sister Barbara Ann transitioned into parish work in 1984 when she became Director of Religious Education and Pastoral Minister at St. Margaret Mary in Lower Burrell. After serving the parish for eight years, she ministered as Director of Religious Education at All Saints in Masontown (1992-97), and Pastoral Associate and Minister of Sacramental Preparation at St. Catherine of Sweden in Wildwood, PA (1998-2001). From 2001 to 2019, Sister Barbara Ann served as Pastoral Associate at St. Camillus parish in New Castle, and then two years as Pastoral Caregiver at Holy Spirit parish in New Castle.

What made her so endearing to parishioners was her ability to relate to people and to express deep love and concern for anyone who was hurting. Described as “a breath of fresh air,” Sister Barbara Ann worked tirelessly to bring prison ministry to the Lawrence County Jail and Advent walks and Seder meals to St. Camillus. She also focused on bereavement work, expanding programs for children and adults of all faiths dealing with the loss of loved ones.

Known for her humility, joy and zest for life, Sister Barbara Ann often likened herself to just one thread in a tapestry created by many loving hands. “Truly I have been blessed to be received into the lives of children, homes of families, hospital rooms of the sick and dying, and into the lives of incarcerated persons . . . Yet, I am very aware that I have never done any ministry alone,” she said when receiving the diocesan “Manifesting the Kingdom” award in 2015.

Predeceased by three brothers, Sister Barbara Ann is survived by two brothers, Norbert Johnson of Massachusetts and Regis Johnston of Maryland, and two sisters, Verna Greenan of Hermitage, PA, and Coletta Williams of Florida; numerous nieces and nephews; Associates and the Sisters of St. Joseph. The Sisters of St. Joseph are grateful to the Supportive Living staff in the Motherhouse for their care of Sister Barbara Ann.

Make a donation in memory of Sister Barbara Ann.