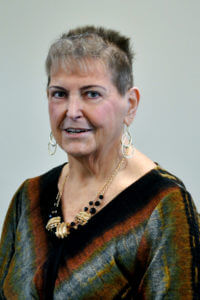 Sister Loretta Krall, CSJ, (Sister Bernarda), 81, died Monday, October 17, 2016, in her 64th year as a Sister of St. Joseph. The daughter of James B. and Maryanna (May) Robinsky Krall, Sister Loretta entered the Congregation from Our Lady of Peace Parish, Conway, PA.

For nearly six decades, Sister Loretta ministered in education, serving as a teacher at Annunciation in Pittsburgh, St. Bernard in Indiana, PA, and Holy Rosary School in Pittsburgh. After teaching four years at St. Richard in Pittsburgh, Sister Loretta became principal of the school (1968-1976) and was instrumental in helping to introduce a K-8 Free Learning Environment project with the University of Pittsburgh Black Studies and Guidance and Counseling departments. Parents praised Sister Loretta for “bringing a program of educational excellence to the community.” During the summers of 1968 and 1969, sister established and operated a Camp Achievement near Connellsville, PA, a residential camp for disadvantaged youth.

From 1976-2012, Sister Loretta served as an educational consultant for the Diocese of Pittsburgh. While working directly with principals in this role, she never lost sight of the students, recognizing that each child has the capacity to know, love and serve God. What distinguished her as an exceptional educator was her ability to listen to and relate with children, teachers, parents and colleagues with genuine respect and professional competence.

Fun-loving and street smart, Sister Loretta carried responsibility with reverence and sincerity. Exceedingly humble, she will be remembered for her generous outreach to those who were poor or disenfranchised.Friends recall that she lived by the words she often quoted: “This is what Yahweh asks of you, only this: to act justly, to love tenderly and to walk humbly before God.”

Make a donation in memory of Sister Loretta.