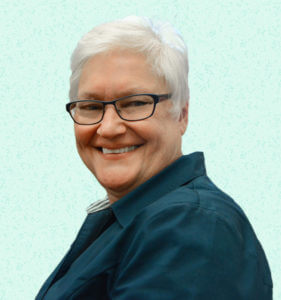 Sister Rosemarie Schwartz, CSJ, 61, died Saturday, June 17, 2017, in the 38th year of her religious life as a Sister of St. Joseph. The daughter of John and Helen Yaksitz Schwartz, Sister Rosemarie entered the Congregation from Holy Family in Nazareth, PA, and has served as music and drama teacher at Sacred Heart Elementary School in Pittsburgh since 2009.

Her early teaching ministries included St. Canice in Pittsburgh (1981-1984,) and Annunciation in Pittsburgh (1981-1989) where she also served as parish Liturgist, youth minister and pastoral associate. Her parish work continued at Our Lady of Peace in Conway where she was the Director of Liturgy/Music from 1989-1993. For the next five years, Sister Rosemarie worked as a counselor and therapist at Gateway Rehabilitation Center.

An accomplished guitarist, trumpeter, vocalist and composer, Sister Rosemarie returned to music ministry as Director of Liturgy for the Congregation in 1998 and has been a faithful performer at Congregation Liturgies and celebrations. She was an original member of the CSJ Musicians who began performing in the 1980s at the Harvest Festivals. As Director of Fine Arts at Mount Gallitzin Academy (2003-2009), Sister Rosemarie inspired creativity and confidence in hundreds of children who took the stage for musicals, plays and concerts.

Affectionately known as Sister Rosie, Sister Rosemarie was co-director of the Congregation’s first Peace Camp where she enthusiastically engaged counselors and campers alike in uplifting songs of unity, such as “We are the Rainbow People,” that resonated with youth.

Her contagious spirit of song and faith was nurtured by her family. The youngest of 11 children, Sister Rosie often spoke lovingly of her family members who were intimately and joyfully connected to each other through their love of God and music. With a fiddler for a father and a music lover for a mother, the Schwartz children sang their way through the mound of dinner dishes and always ended family celebrations with a lively sing-along. “I absolutely love singing with my family. This is what we do. My family has always been a support for me, and I love them deeply for that,” she said.

Her parents gave her an acoustic Martin D-28 guitar as a high school graduate gift that she cherished and continued to play. She was deeply honored to lend the guitar to nationally renowned composer Dan Schutte who performed at the Motherhouse chapel two years ago. Prior to making her final vows in 1981, Sister Rosie said she wanted to speak her heart and wrote: “Here is my song, I want to sing it for You, all my life, all my life.”

Make a gift in memory of Sister Rosemarie.