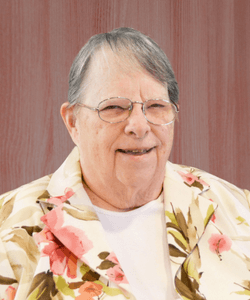 Describing religious life as “a challenge filled with peace and joy,” Sister Ruth “Paulus” Bearer was an educator for 10 years before becoming the first sister in the Congregation to receive a master’s degree in social work.

From 1967-74, Sister Ruth was Associate Director of the Social Work Department at Georgetown University Hospital, and subsequently served as Supervisor of Social Services in the Diocese of Pittsburgh. In 1981, she became Associate Director of Focus On Renewal, and seven years later, was elected to the Congregation’s Leadership Team. She later returned to F.O.R. to serve 18 years at its family health center.

A prolific writer of prose, Sister Ruth authored a book on the history of F.O.R in 2018, and for at least 30 years has creatively expressed her life experiences in a compilation of writings called “Ruth’s Rambling,” a constant source of reflection for her.

For her commitment to serving vulnerable neighbors through F.O.R. health centers, Sister Ruth was awarded the diocese’s Manifesting the Kingdom Award in 2009. Ten years later, the Education Room of F.O.R.’s Hilltop clinic was dedicated in her honor.

Quiet and unassuming, Sister Ruth says, “God nudged me slowly and gently into places where I had never been. Each place was gift.”

Send a note to Sister Ruth or make a donation in her honor.