In our Fall 2017 Dear Neighbor magazine, we share how our Sisters and Associates reach across the Ohio River to the Beaver County Jail to pray with and listen to the heartbreaking stories of women – many of whom feel hopeless and forgotten.

For years, our Sisters have stepped into jails and prisons to offer prayers and presence to a vulnerable population of mostly women who are often trapped in a web of violence and addiction. They have not only served as chaplains, nurses and visitors to those who are incarcerated, but also as advocates for greater social supports for them.

Below, Sisters Mary Anne DiVincenzo, Roseann Gaul, Pat Phillips and Mary Agnes Spampinato share personal reflections about ministering to those who are incarcerated. Click each name to expand and collapse their reflection. 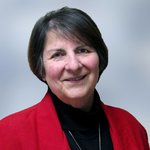 Sister Mary Ann DiVincenzo ministered as a Prison Chaplain at the Central California Women’s Facility from 2007 thru 2017.

CCWF is the largest female institution in the state which is located in Chowcilla, CA. During the ten years of Mary Ann’s ministry there, the facility population ranged from 2000 to 4000 women inmates. The Chaplaincy Program included fine Chaplains: Catholic, Protestant, Jewish, Native American and Muslim. Joint and individual religious services and programs are offered.

Among the most successful program that Mary Ann was involved in was the KAIROS OF CALIFORNIA – “Cal City Kairos” Ministries Program. The Kairos Program was/is conducted by Leaders, Chaplains and trained Volunteers. The Kairos Method is an on-going program involving three and a half weekends that are highly structured. Continued follow up includes: Prayer and Share small group meetings, monthly reunions, 2-day Retreats and other Programs year-round.

Because of these and other Chaplaincy services and programs (including both Sacrament and Sacramental), the attributes of trust, vulnerability and love become possible for the women inmates. Naturally, proper training of both staff and volunteers are a large part of the successful programs offered. Being involved in this particular Prison Ministry has meant: Changing hearts, transforming lives and impacting the world! 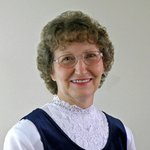 Some years ago, Sr. Sally Witt, CSJ, invited the community to volunteer with her in an ongoing program at the Beaver County Jail. It was time for the annual in-service training for volunteers; a good time for new people to begin.

A stirring within indicated a call to serve. So, since that training, I, Sr. Roseann Gaul, have been part of this ministry offered under the guidance of Chaplain Denny Ugoletti.

Pushing prayerfully forward to simply offer presence and prayer support with the women is hopefully a reminder to them of God’s unconditional love; His constant care for, and presence to them, no matter what brought them to this place.

One-on-one, or as a group, those who choose to share and pray with us are well aware that this difficult time offers refuge—protection, chance and time to look inside and work to change their choices to become the person they are truly meant to be.

I find this ministry a way to practice the Works of Mercy, respond to God’s anointing in Isaiah, and to be one who unbinds Lazarus at Jesus’ request. My presence offers a listening heart with prayerful support to our loving Father for their deep and urgent needs, especially for their children. The challenges they face after this plateau may be monumental! (Be with them mercifully, Lord. Protect and save Your people.) As I leave them, gratitude fills me. In them, I have experienced the suffering Jesus. 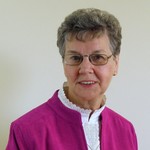 The gray brick and mortar building across the Oho River from the Motherhouse is a very unpretentious structure. It is likely that few of the cars traveling north or south on Rt. 65 even realize what it is—or that it houses some 400 men and women serving time for various criminal offenses.

For a number of years, some of our Sisters have made a conscious effort to connect with our “neighbors across the river.” Almost every Thursday, one or more of the group of Sister volunteers spends several hours visiting, listening, praying with the women who wish to talk with one of the “Church ladies” as they are referred to by the women.

For me, it was an experience of being stretched out of my “comfort zone”—waiting at the entrance to be “buzzed in”; then waiting again once inside to be “buzzed in” to the next area, where you would sign in, leaving driver’s license and car keys with a correction office whom you could not see. Then walking down long, bare halls, knowing that you were being watched from above by another “unseen” correction officer in a hidden booth every 200 feet or so.

When you finally arrive at the Women’s Section, observing 40-50 women sitting in the main area, some gathered around the two TVs in the room, some sitting at tables playing cards, others chatting and laughing. Some of them were anxious to talk with one of us, sharing their heartache and troubles and boredom —many of them are mothers of small children—and they are quick to share photos they received in the mail of their children, adding how much they miss them, and with whom they are now living. (often it is the parents of the woman.)

The women are also anxious to share the next steps on their journey: court dates, appeal hearings, meetings with court-appointed lawyers, along with their frustration as they express their hope that the days of their incarceration would pass quickly so that they could once again be with their children and families. Unfortunately, during the two years that I was part of the volunteer group, it was one of my great sadnesses to see so many of them return after once being released.

One of the happier experiences for me was taking part in the annual Christmas Project organized by the Christians United in Beaver County Jail Chaplaincy program. Their stated mission is “to spread the message of Christ to every inmate in the Beaver County Jail.” Together with the Chaplain, they coordinate Christmas “Goodie Bags” for every inmate. Our Sister Volunteers and the Sisters living in Gallitzin Commons responded to the opportunity to supply this small token of concern “from the outside” at the holiday.

Strict regulations dictated what each plain paper lunch bag would contain—and nothing more. As we counted out the 15 pieces of hard candy, 3 regular size candy bars, and 12 home-made cookies in zip-lock sandwich baggies, along with one signed Christmas card, I was struck by the starkness of their incarceration at this joyful season of the year for so many others. Our promise of prayer for each of the women we spoke with was genuinely appreciated as we left the area and began the trek back to the “reception” area.

Driving home after one of these visits left me with such a feeling of sadness for those I encountered, and for the many other unfortunate individuals whom society has shuttered away –with little hope for genuine rehabilitation once they have “done their time.”

As a correction officer once said to me years ago: “They’re not here for missing choir practice, Sister.” However, the injustice and inhumanity of our “criminal justice” system for many of these inmates is well documented today. And the efforts of those “law and order” individuals to keep building bigger facilities does not seem to me to be accomplishing any good end. 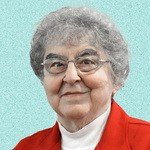 For eight years I drove a bus for Families Outside, a branch of Family Services of Western Pennsylvania, to 11 state prisons throughout western and central Pennsylvania transporting families to visit their loved ones who were incarcerated. I did this for three years as a volunteer in the late 1990s and as a paid driver for 5 years from 2008 to 2013.

It was a very emotional ministry, especially dealing with the little children who couldn’t understand why their daddy or mommy “lives in that big house” or why daddy or mommy “can’t come home with me.” I shed many tears in those years. Another difficult part of this ministry was seeing the injustice that exists in our so called Criminal “Justice” System. Sometimes I think it should be called a Criminal Injustice System.

(Before 2000, they had five volunteer drivers—each of us had 2 to 4 trips a month. I was working full time and did this on weekends. In 2000 they started getting state funding and couldn’t have volunteers anymore, so they hired 1 driver. When he had to leave in 2008, I took over.)

In the 1970s and early 1980s, several of our community visited a man in the state prison in Pittsburgh. Pat Phillips, Arlene Cassidy, Betty Hart and I visited Bill regularly until he was released after 11 years. When he was released, I went down to the prison with the clothes he wanted me to buy – brown corduroy pants and a brown printed shirt.

I took him to Baden where we had a beautiful Mass of Freedom in the small infirmary chapel – just those who visited him. He was so touched, he got tears in his eyes. Then we went down to the small dining room in the front hall and had a delicious meal. During our meal, Marge Berry, (superior) came in and presented him with an envelope containing a generous donation. Bill stayed overnight and the next day, Pat Phillips took him to the airport for his flight to Arizona to his sister’s home.

When I worked at the Sisters of Mercy Motherhouse, I started the PmPm program. PmPm meaning Pittsburgh Mercy Prison Ministry, which was a ministry to persons on Pennsylvania’s death row. I connected many of the sisters with a death row inmate. Most of them wrote to the inmate and sent cards at least once a month. A few of them visited their prison partner since at the time our prison here in Pittsburgh had some death row inmates.

At Jeanette Bussen’s invitation, I brought some of the sisters down to Baden to talk with our CSJ sisters about this ministry. We also sent all the death row inmates a Christmas card from the Mercy community. Each month I posted on the bulletin board all the death row inmates who had birthdays that month and they were prayed for on their birthday.